Russian Helicopters, the holding company behind the Mil and Kamov rotorcraft brands, is moving to integrate its global aftersales service network, to expand the range of repair and upgrade services it offers and tackle the problem of counterfeit parts. The company, which consolidated the Russian helicopter industry between 2007 and 2010, readily admits that aftersales service has perhaps been the most challenging legacy of the Soviet era. This was when vast quantities of spare parts were produced and distributed to what became, following the collapse of the USSR, a disconnected number of independent workshops trading in unverifiable spare parts, particularly in the Commonwealth of Independent States (CIS) and Africa. Russian Helicopters has been inviting workshops to join an official, verified network so it can monitor their work and provide a warranty, and has now detailed a certification regime for all partners in the CIS and Europe that it expects to bring into force by the end of the year. All aftersales support will be offered through Helicopter Service Company, a Russian Helicopters subsidiary. Helicopter operators or authorised service companies will be able to order spare parts over the internet, says Russian Helicopters, which promises that "the introduction of electronic documentation for various helicopter models will also make life easier for operators of Russian-built helicopters". The CIS and Europe system supplements a recently signed agreement with Denel Aviation of South Africa to create a Russian Helicopters-supported servicing hub for sub-Saharan Africa. Denel will begin with routine servicing, but eventually be equipped to undertake complete helicopter and component overhauls. Russian Helicopters' aftersales service challenge is formidable. Of the Mil-8/17 model range alone some 4,500 aircraft are in service in 80 countries, and have racked up five million flight hours. With 2011 deliveries of 262 aircraft, the company is second in size only to Eurocopter, and new models being introduced beyond the home market include the Ka-62, Mi-171A2, Mi-38 and Ansat light utility helicopter. 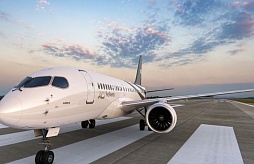