Shanghai Public Security Directorate takes delivery of a Ka-32A11BC helicopter. Russian Helicopters has delivered a Ka-32A11BC helicopter to the Shanghai Public Security Directorate. The contract for this helicopter was signed in 2012. In addition to China, the Ka-32A11BC is certified in EU countries, Chile, Mexico, South Korea, Canada, Australia and several others. Versions of Ka-32 helicopter are operated in Spain, Portugal, Colombia, Switzerland, Canada, South Korea, Japan, Brazil, Chile, China. Over 140 KA-32s have been built, half of which are operated internationally. 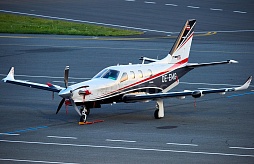