Famous Russian magnate Alisher Usmanov is making a powerful statement by owning the largest private jet in his country, a wide body Airbus A340. The man who only a month ago made $1.4 billion by selling his Facebook shares, has recently decided that all that new money could get him a pretty awesome toy. So he bought a four-engine, long-range personal aircraft and named it after his father: Bourkhan. Last year, a jet like this cost between $238 and $275, depending on the model, but according to Oleg Panteleyev, an editor at Aviaport.ru, the unit that Usmanov purchased could have cost as much as $500 million, assuming that it is fitted with the most expensive luxe amenities, and state-of-the-art systems. The huge aircraft can fly for as much as 9,000 miles non stop, seating up to 375 people inside. If you think this was Usmanov’s only huge purchase this month, you’ll probably be very surprised to learn that before buying the Bourkhan, the billionaire got himself an opulent superyacht for $100 million, and called it Dilbar, after his mother. The vessel flaunts cabins for up to twenty guests, a lavish dining room, a gym, a large swimming pool, and a helicopter pad, among many other luxe amenities. 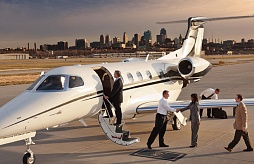 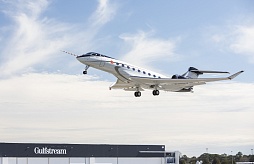